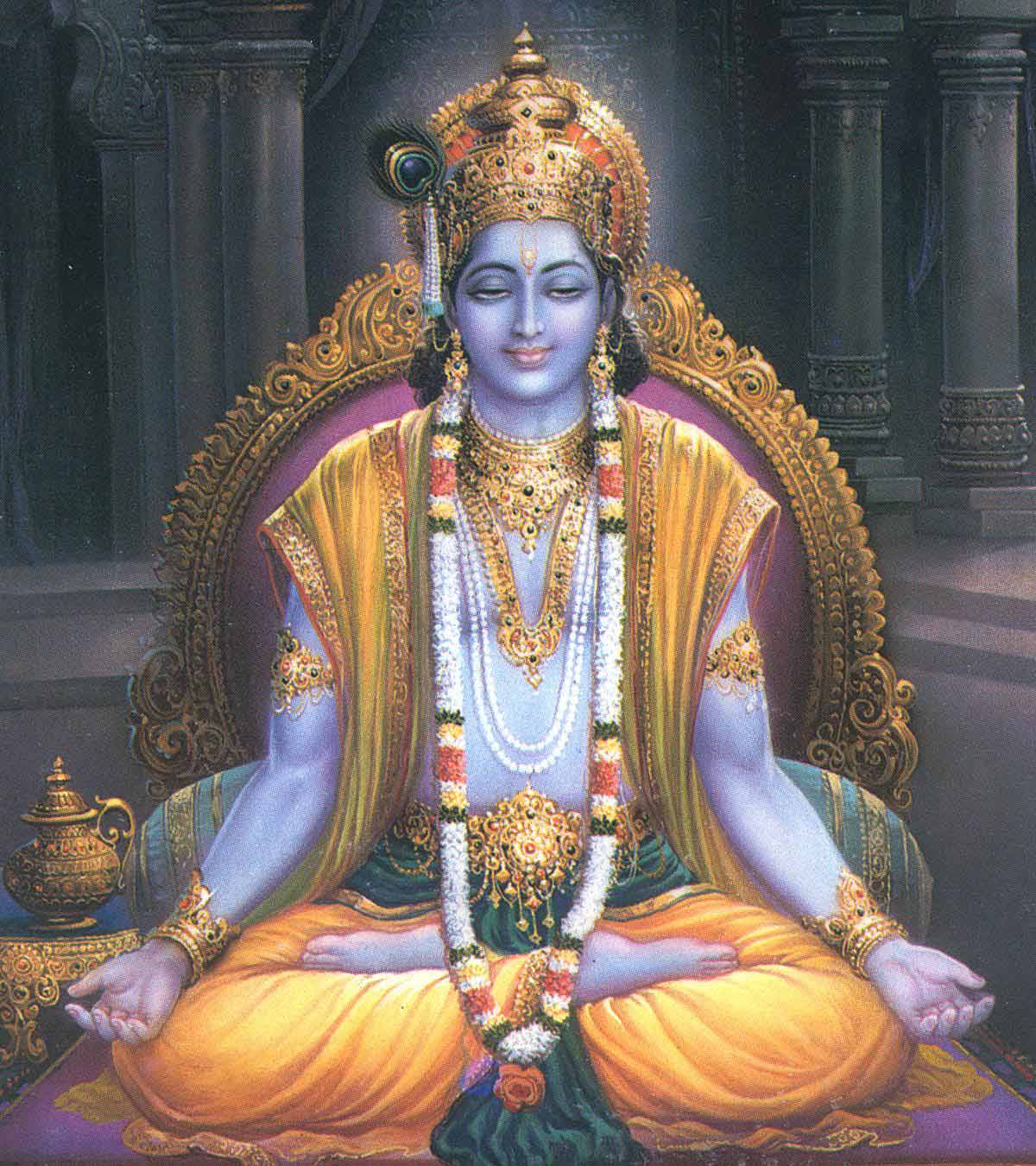 45-In the battle, if the sons of Dhritarâshtra, weapons in hand kill me unresisting and unarmed in the battle, that would be more beneficial to me.

46 -Having spoken thus in the midst of the battle-field, in utter grief and sorrow Arjuna put down his bow and arrows and sat down on the chariot.

In previous verse Arjuna had already concluded with “अहो बत्  महत् पापं ” Alas what a pity” that he is not going to fight.  He was well aware that even if he would refrain from battle at this moment, war can’t be stopped; as Kaurvas had arrived in Krukshetra to settle everything once for all in war. So what he will do under these circumstances? Even though they will kill me unresistant and unarmed in the battle field it would be better for me to die, as superior to one’s life is righteousness ; for it results in no sin. Having this escapism in mind Arjuna thus begins with “यदि माम अप्रतीकारकम् “Even if unresisting and unarmed in the battle field I am killed by son of Dhritrashra it would be beneficial for me concerning the maximum good, to express it word is used “Ksematara”.  Arjuna’s escape was not genuine that Sri Krishna had understood, he will address it in the next chapter with “prajna vadan bhashse”!

The last verse of Sanjaya is the answer to the curiosity of Dhritrashtra. Having heard Arjun’s  desire, Dhritrashtra was eager to listen what happened to the intelligent among the Pandavas? To his curiosity, Sanjaya spoke this verse beginning with” एवं उक्त्वा अर्जुनः” Having spoken thus in the midst of the battle-field, in utter grief and sorrow Arjuna puts down his bow and arrows and sat down on the chariot.  This is the limit when one is haunted by the serious questions of truth and life.  Such situation of anxiety and melancholia also arises when there is a call of the supreme. Arjuna, who is the most noble minded, the most compassionate, the most virtuous among the Pandvas– a great warrior who had fought several wars and conquered the enemies has arrived at such state of mind not without reason.  It must be the call of the godhead who has elected him and made him his means to establish dharma.

*End of the first chapter on Arjuna’s grief*